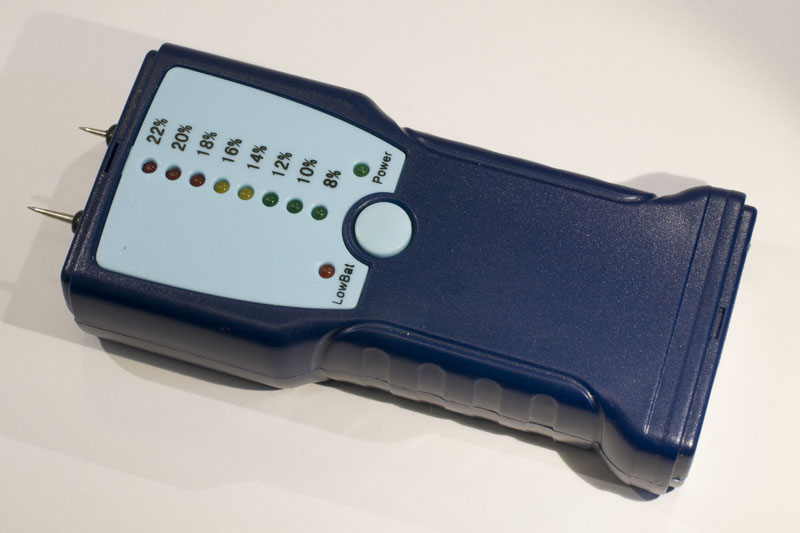 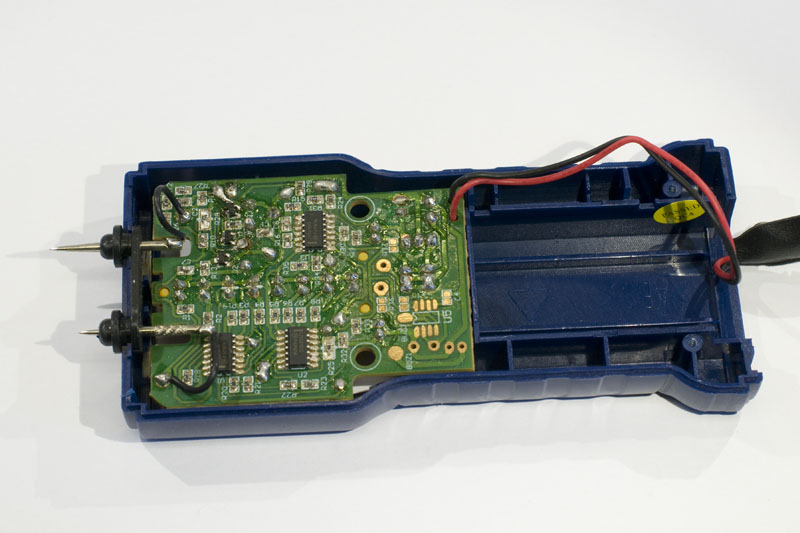 The innards of the moisture meter. Note how the lower probe has been pushed inwards. 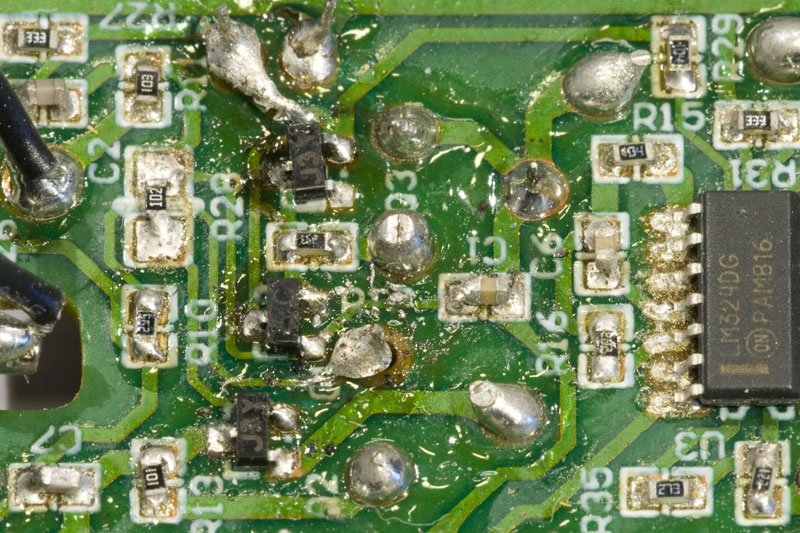 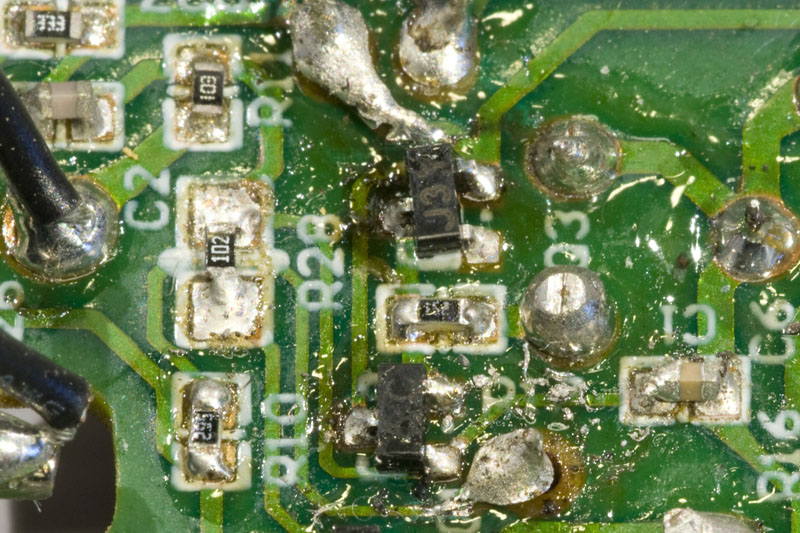 Even closer up of the ugly PCB.