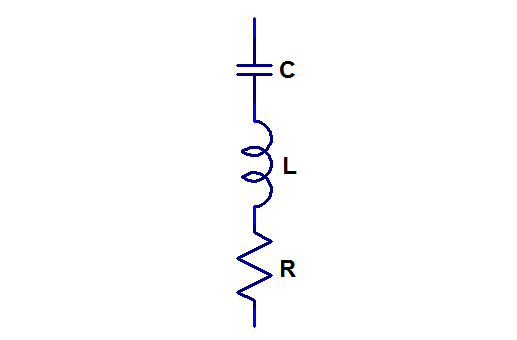 Model of a decoupling capacitor and its associated layout. 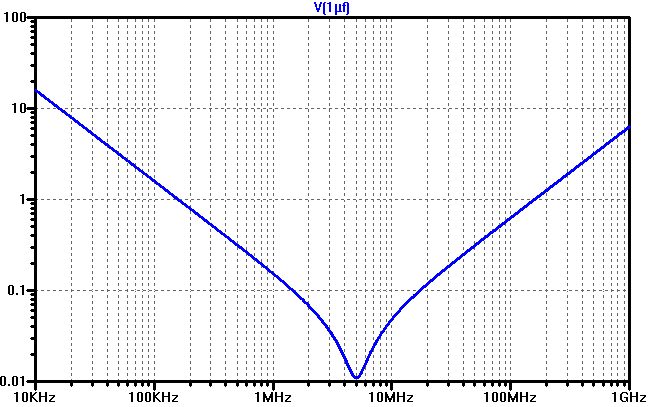 The impedance (in ohms) vs frequency of a 1 µF capacitor with 1 nH of series inductance and 10 mohm of series resistance. 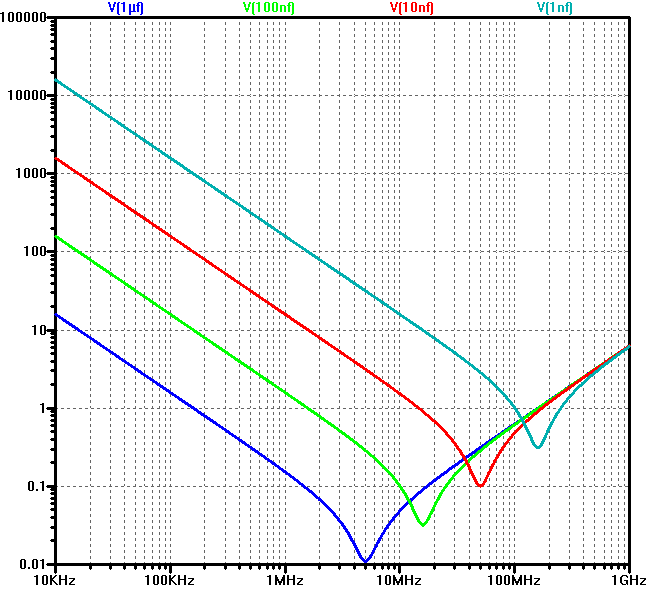 Impedance vs frequency plots for a few capacitors with different capacitance (1 µF, 100 nF, 10 nF and 1 nF) but same size and therefore same inductance. 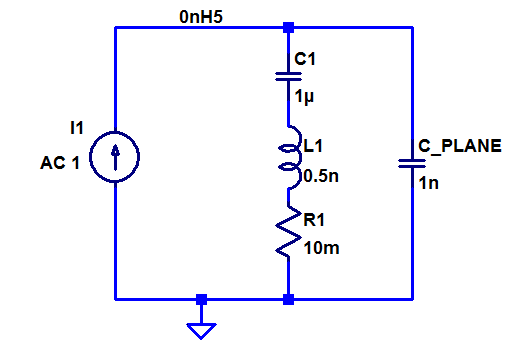 Equivalent circuit of a decoupling capacitor connected to a power/ground plane pair. 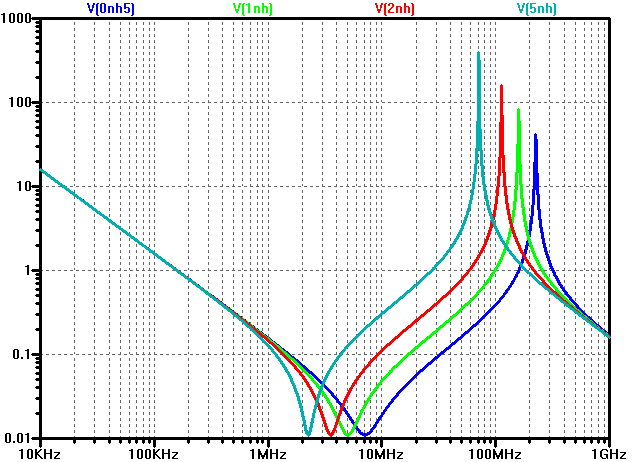 One thought on “Decoupling Primer”